Congratulations to the Spring 2022 Intramural Champions

A firm handshake to all the teams that participated and an especially firm handshake to the winners of this semester's games, PED Users for Basketball, Inter San Francisco for Men's Outdoor Soccer, The Crew Members for Coed Outdoor Soccer, Alpha Sigma Phi for Flag Football, Promise Land for Volleyball, Imperio for Indoor Soccer and Wo Cao Clan for Badminton. We can't wait to see you all compete for next semesters championships. 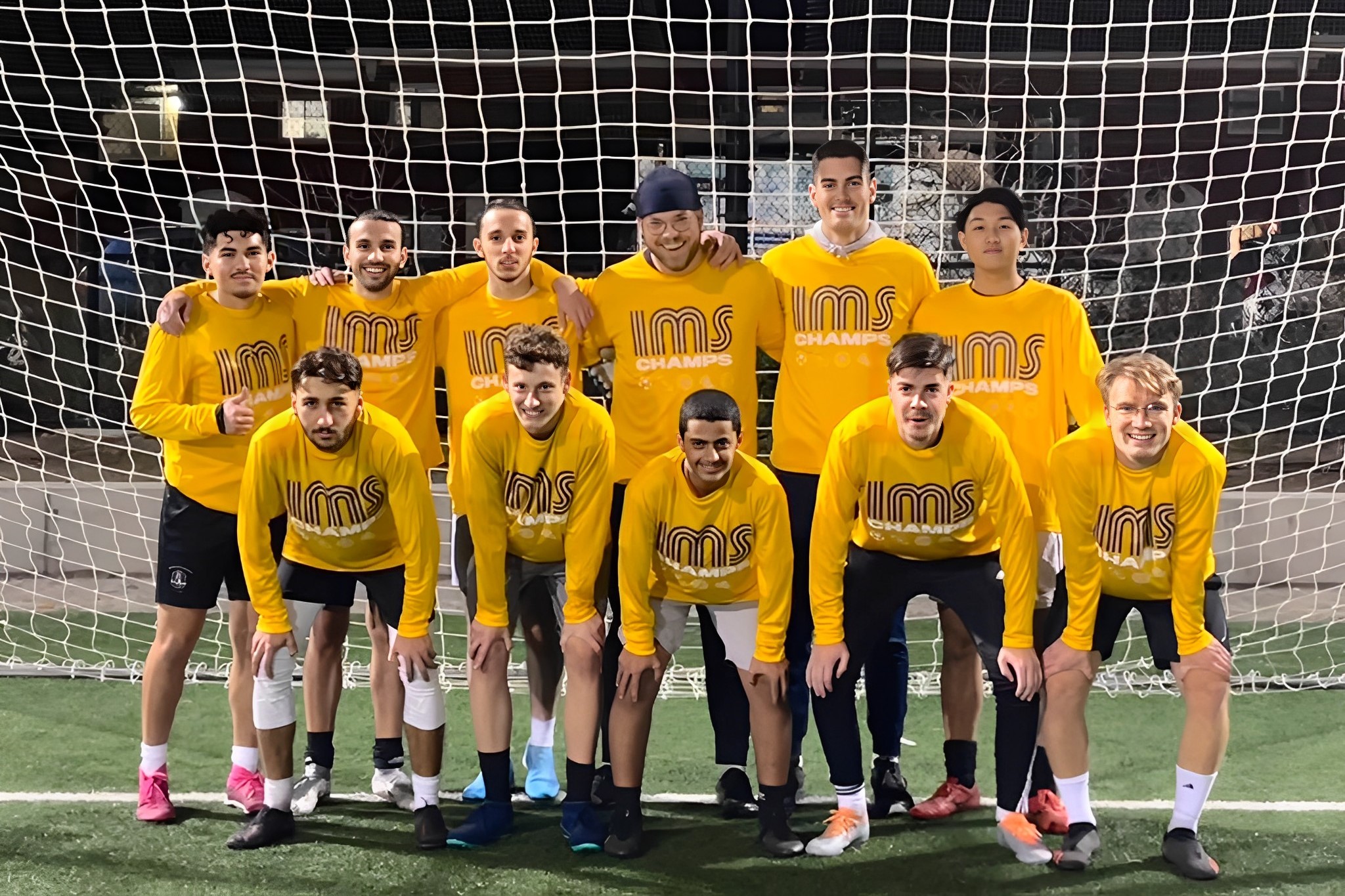 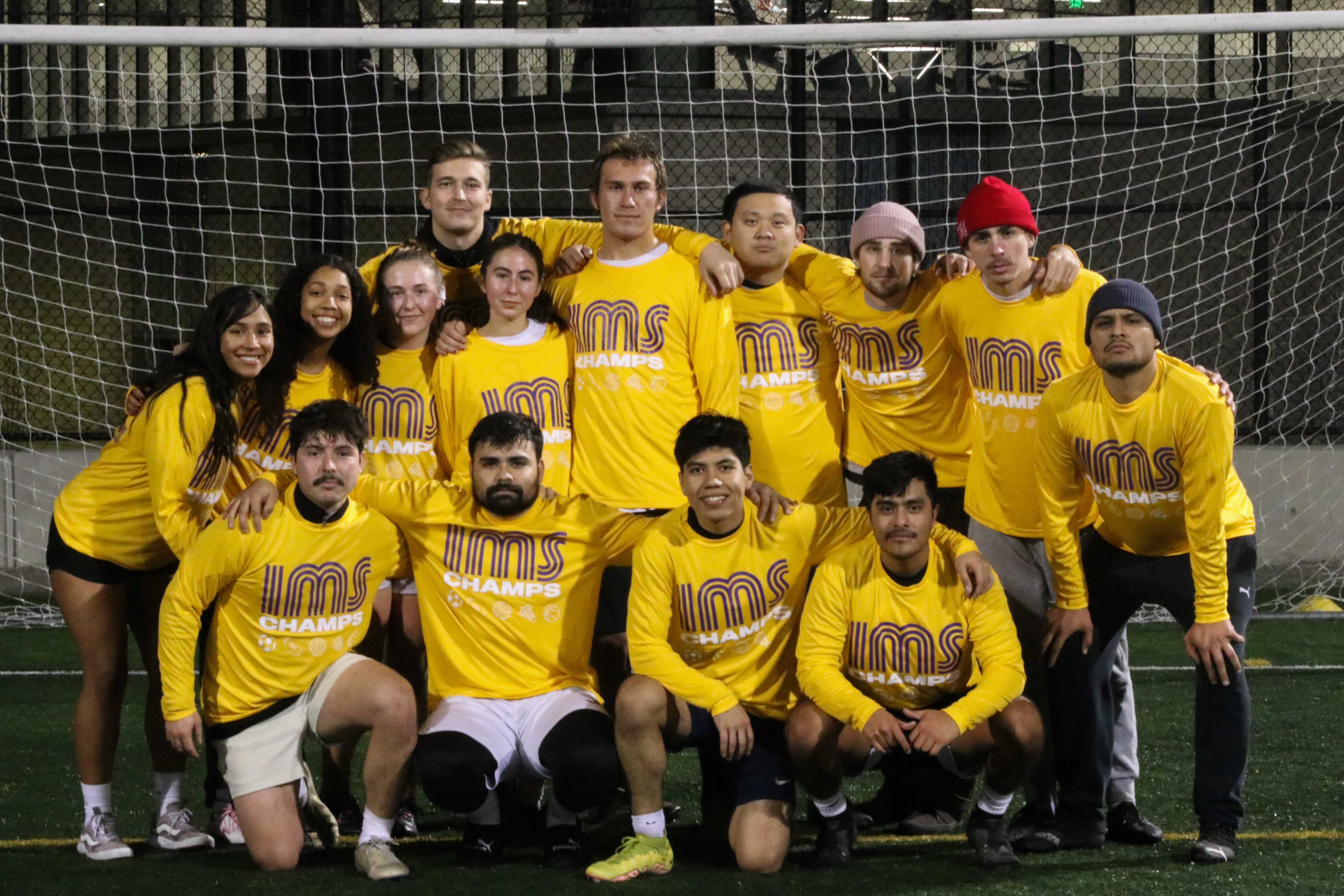 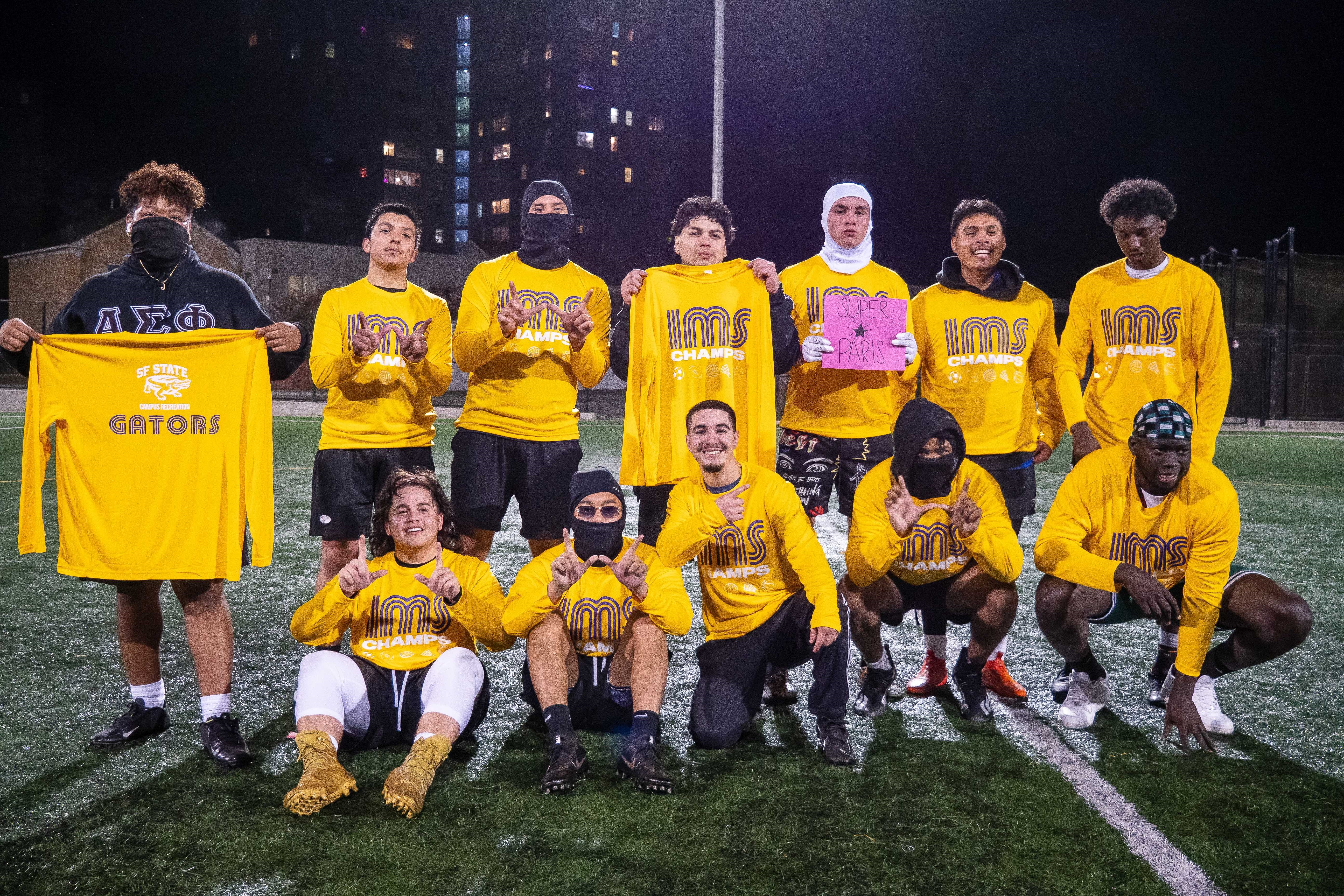 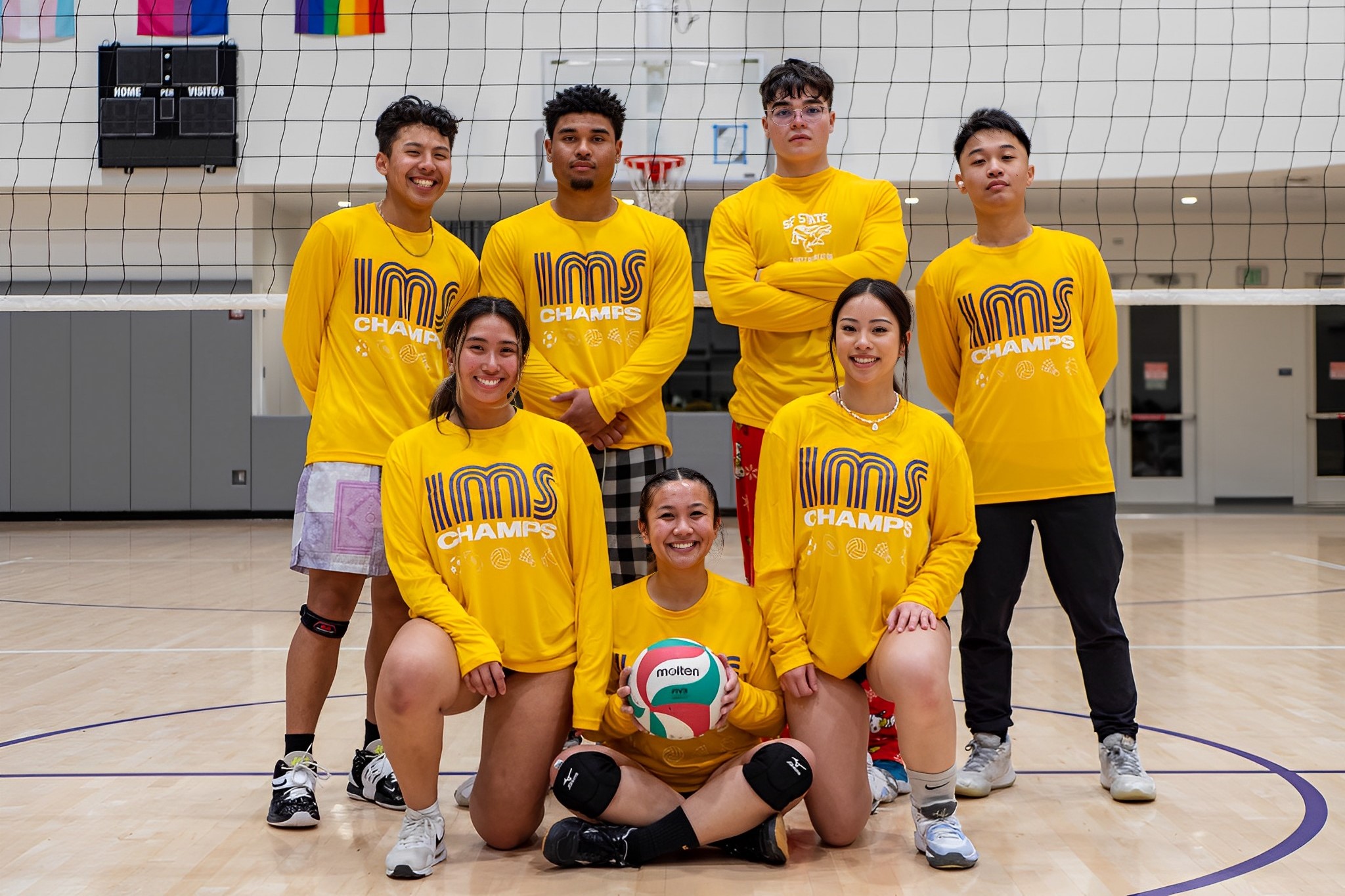 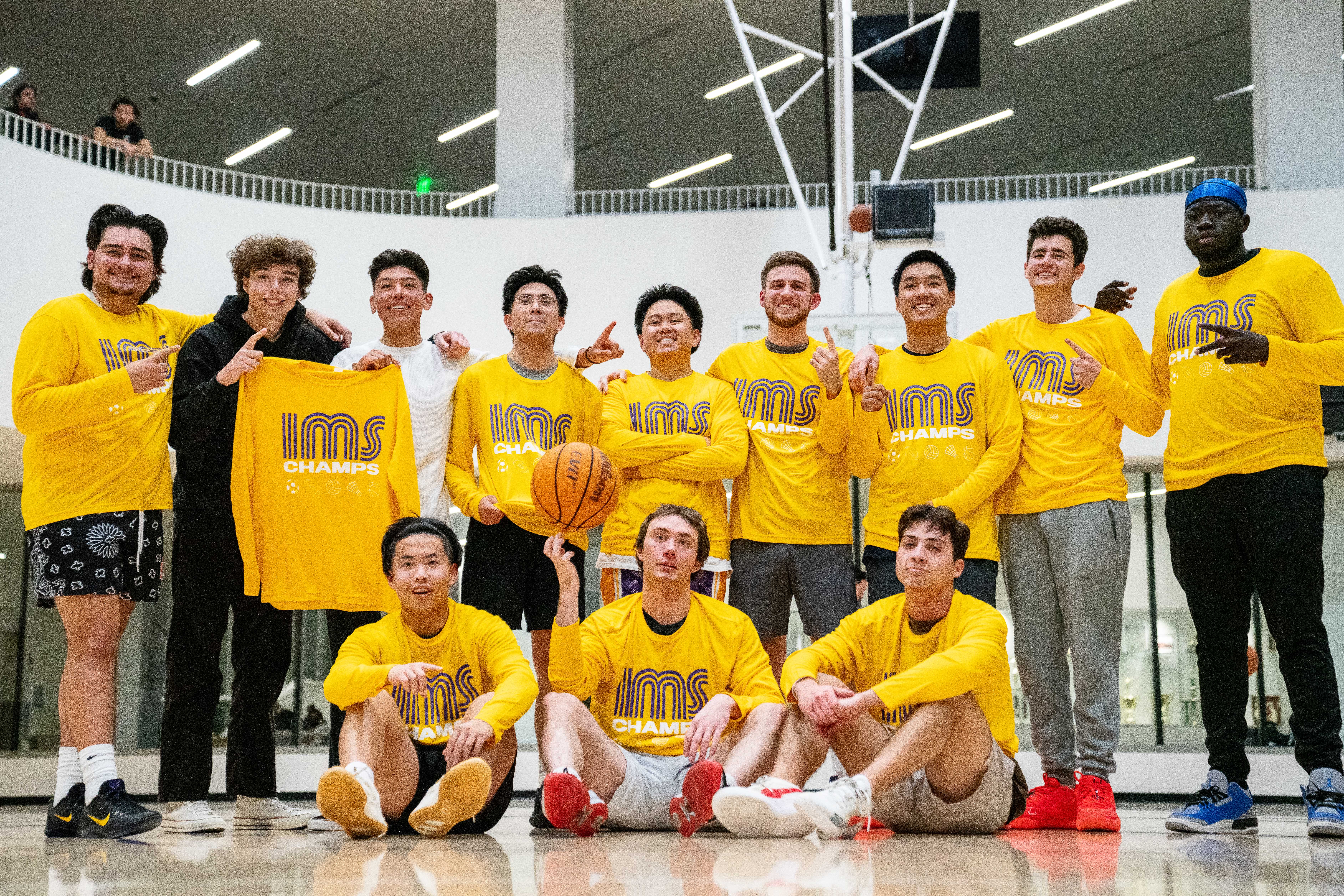 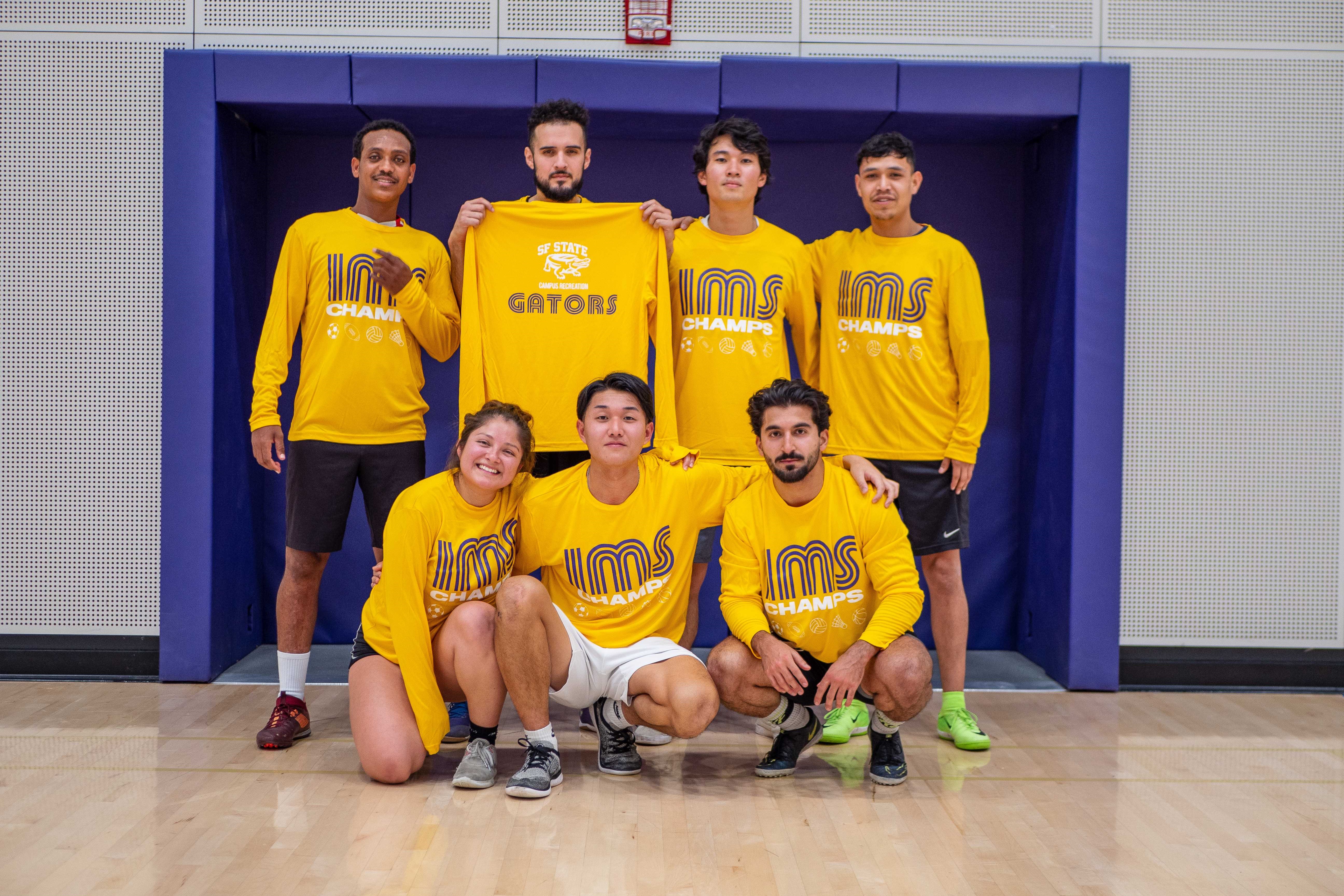 Participants can create teams made up friends and play against other teams created within the SF State community. IM Sports are typically offered in the evenings Monday through Thursday during both the fall and spring semesters. Seasons range from 8-10 weeks in length and consist of men's, women's and co-ed leagues offered at various competitive levels. Intramural Sports offered include basketball, outdoor soccer, indoor soccer, volleyball, and flag football. All games are officiated by trained referees and staff.

All IM players are required to bring their SF State ID Card to every scheduled league game in order to play. No I.D. No Play. No Exceptions.

It is recommended that all players familiarize themselves with the sport specific rules pertaining to their league and by all of the policies outlined in the program handbook[PDF File].

The primary duties and responsibilities of the team captain are to organize the team and help prepare individuals for competition. Keep members of your team informed of all Intramural activities and team’s game times while also promoting active participation and good sportsmanship.

Make sure that at all times your official team roster on imleagues.com is updated and correct and that all team members have signed the Team Liability Waiver.

Team Captain’s will then need to create the team on imleagues website and begin signing up and adding their teammates.

Payment for playing in the league will be made at the pre-league meeting.

It is the captain’s responsibility.

Step 3: Once the team’s player minimum is met the team will be moved from the waitlist into the league if space permits. This will hold the spot in the league before payment.

Step 4: Once team is officially in a league and off the waitlist, the Team Captain must submit

Step 5: All teams must send a representative to the mandatory Pre-League Meeting for your sport to receive rules, policies, and to confirm your team’s entry into the league. Payment will be taken at the Pre-league meeting. Any team NOT represented at the meeting may be dropped from the league and replaced by a team on the wait list.

Step 6: Game schedules are finalized after the Pre-League Meeting.

Leagues fill up quickly, even before the deadline. Entry Forms are available starting the first day of the semester. It is strongly encouraged that interested teams turn in their entry form as early as possible, even prior to the date they are due. Teams will be entered into the league on a first come, first served basis.

There is ZERO TOLERANCE towards all violent and/or threatening behavior in all SF State Intramural Leagues. Players and/or spectators involved in any behavior which could potentially cause harm or injury to another player, ie: body checking, throwing punches, tripping, excessive taunting, verbal or physical abuse and other malicious acts will be severely dealt with. In addition, talking to a game official is strictly prohibited and trash talking, arguing, or harassing a Campus Recreation employee will not be tolerated. Individuals choosing to engage in such behavior will be banned from future participation within the SF State Intramural Program forever and a report will be filed with the University Police Department, possibly resulting in assault charges being filed against the individual.

Individuals can also create their user account on imleagues.com and sign-up as a free agent. The individual can then message team captains directly requesting to join their team. After the 4th league game, official team rosters will be frozen and free agents can no longer join a team for that season.